It was Legends Night for the WWE Monday Night RAW.  It apparently was their response to the USA Network ratings.  And what we got out of this night was Bill Goldberg vs Drew McIntyre at the Royal Rumble.  Nick Is not looking forward to this thing.  He doesn’t remember the last time he was looking forward to a Goldberg match in his prime, let alone now.  And here’s another thing Nick and Harry discussed,  when did he become a Legend?  How and when did Bill Goldberg become a Legend?

Also this week, how do you feel about Women’s Wrestling?  Yeah we know, there are some very talented women in the Industry but remember the longest running gag in viewing Wrestling.  How the Women Matches were the bathroom breaks?  Well one ex WWE Employee remembers a time when Vince McMahon suggested that no Wrestling fan wants to see Women Wrestle over Men.

Plus, Mick Foley is asking Vince McMahon to remove President Donald Trump from the WWE Hall Of Fame.  We got your comments, emails, tweets, opinions as well live on this show.  It’s the first show back January 10, 2021.  This is Wrestling Talk Radio Evolved. 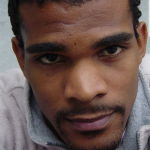 The Shut the Hell Up

The McMahon Claim Fix Is On

7 months ago The Boobs